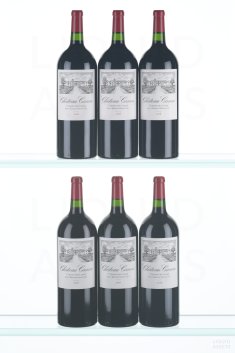 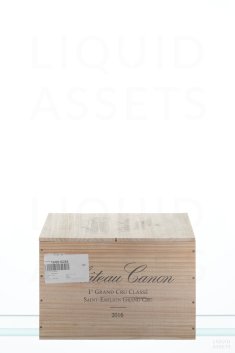 Composed of 74% Merlot and 26% Cabernet Franc and aged for 18 months in 70% new French barriques, the 2016 Canon is medium to deep garnet-purple in color, and—WOW—it opens with the most stunning perfume of violets, red roses and kirsch, giving way to a core of black cherry preserves, chocolate box, licorice, warm plums and Chinese five spice plus an earthy waft of underbrush. Medium to full-bodied, the palate is completely filled with expressive, perfumed black berry layers accented by lively red fruits and exotic spices, supported by impressively fine-grained tannins and fantastic tension, finishing very long with jaw-dropping energy. Tasted three times, I had one opportunity to taste the 2015 and 2016 Canon side by side. While I love the bold, rich, seductive nature of the 2015, this 2016 kicks it up a notch in terms of polish, precision, depth and persistence. Most notably, the superbly ripe, exquisitely fine-grained tannins on this 2016 bring to the table a whole other level of sophistication. Bravo!

The 2016 Canon has the unenviable task of following the astonishing 2015, and it does a damn good job, even if it doesn’t reach the same ethereal heights. There is a pleasing strictness and poise on the nose; this is less immediate than the 2015, yet intellectual, a Canon that expresses its terroir rather than tons of fruit. The palate is medium-bodied with supple tannin, a fine bead of acidity, a smooth texture and a slightly savory but persistent finish, which feels a little plusher than the 2015, implying that this might drink a little earlier. But there is unquestionably immense breeding locked into this rejuvenated Saint-Émilion, which is now firmly ensconced among the top-flight Right Banks.