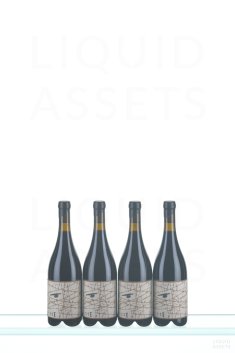 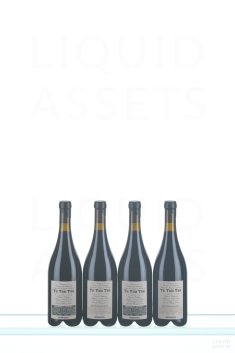 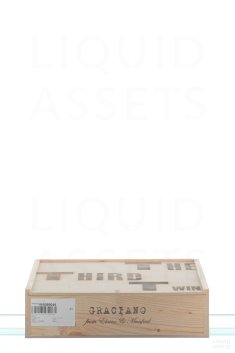 2015 The Third Twin Graciano: Graciano is a low-yielding Spanish variety grown primarily in Rioja, but Krankl contends that its spiritual home is the Rhône Valley: it reminds him of Mourvèdre in so far as it needs to be very ripe to show all its character, he says. And it's certainly a striking addition to his winemaking palate, with a character quite distinct to any of the other red varieties he works with. Offering up aromas of cherry pit and balsamic cherries, subtly framed by creamy new oak, the 2015 The Third Twin Graciano is amazingly saturated in color. On the palate, it's velvety, full-bodied and richly tannic, almost preternaturally concentrated in character, but remarkably supple and expansive despite its formidable levels of extract and structure. It's a singular wine, even by Krankl's standards.

2014 The Third Twin Graciano: A blend of 90% Graciano and 10% Mourvèdre, completely destemmed and then aged all in used oak barrels for around 27 months, the 2014 The Third Twin Graciano sports a very deep garnet-purple color and beguiling nose of espresso, tapenade, preserved plums and Indian spices with earth and licorice nuances. The densely packed, full-bodied palate has a firm backbone of grainy tannins and lovely freshness, with loads of earthy layers and fantastic length, which features buckets of exotic spices. This is the first edition of this single vineyard wine, coming entirely from The Third Twin Vineyard in Los Alamos, showcasing not only the potential of this amazing site but of this grape variety in the region. Manfred Krankl commented, “Of course I realize this is a Spanish variety, but I think God...or someone...made a slight mistake along the way, as the grape very much reminds me of the Rhône.” Positively the finest example of this grape I have ever tasted, move over Spain, Graciano has found a new spiritual home in California’s Central Coast! 65 cases were made.

2015 The Third Twin Graciano: The 2015 The Third Twin Graciano is a total stunner. Wow. Unctuous, ripe and explosive, with tremendous fruit density and aromatic depth, the 2015 simply has it all. Layers of fruit unfold in this glass as this extravagantly rich, opulent wine shows off its personality. Although not especially subtle, the 2015 simply has it all. Dollops of Mourvedre and Petite Sirah round out the blend. Readers who can find the 2015 should not hesitate, as it is truly magnificent. Sadly, there are just under 67 cases to go around.

2014 The Third Twin Graciano: Sine Qua Non's 2014 Graciano is the first wine off Manfred and Elaine Krankl's Third Twin Vineyard in Los Alamos. Lush, rich and voluptuous to the core, with off-the-charts fruit density and plenty of power, the 2014 is exquisitely beautiful. I can't wait to see how it ages. The 90% Graciano and 10% Mourvèdre done with fully destemmed fruit.

2015 The Third Twin Graciano: The 2015 Graciano comes from the estate The Third Twin vineyard located near Los Alamos and checks in as 88% Graciano, 7% Mourvèdre, and 5% Petite Sirah that was mostly destemmed (19% stems) and spent 27 months in 53% new French oak. This beauty packs some power and offers thrilling notes of smoked black and blue fruits, white chocolate, graphite, and cured meats. It picks up a beautiful violet character with time in the glass, is full-bodied, has terrific acidity, and building structure. It’s a singular beauty by this genius winemaker that should cruise in cold cellars for two decades.

2014 The Third Twin Graciano: Coming from Manfred and Elaine Krankl’s The Third Twin vineyard located just outside of Los Alamos, in Santa Barbara County, the 2015 Graciano The Third Twin Vineyard is the inaugural release and includes 10% Mourvèdre, all of which spent 27 months in older oak barrels. There’s only 1.3 acres of Graciano planted in the vineyard, and Manfred commented that he thought this variety shared lots of similarities with Rhône varieties, and I have to agree with him (not that I have much experience with Graciano).This inky colored beauty is reminiscent of a Hermitage from Bessards blended with a modern styled Chateauneuf du Pape. Black fruits, charcoal, spice, pepper and hints of violets all flow to a seriously concentrated, textured, opulent and layered beauty that has ripe, yet present tannin and a sensational finish. It’s a big wine, no doubt, but like all of Manfred’s wines, stays light, graceful and balanced on the palate.