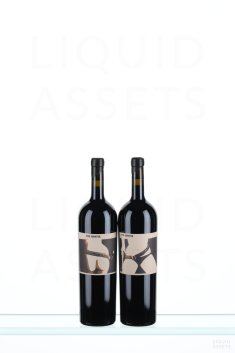 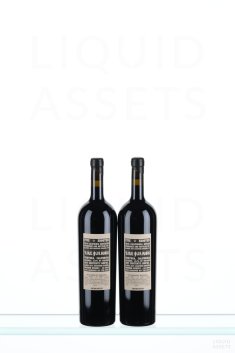 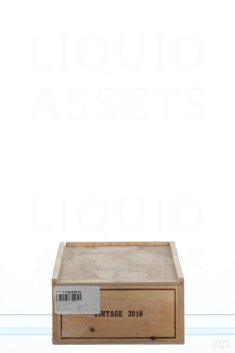 Five Shooter Syrah: The 2010 Syrah Five Shooter is straight up gorgeous. A massive wine that somehow holds everything together, it offers a wild array of cassis, blackberry, white chocolate, underbrush and pepper that flows to a full-bodied, layered Syrah that has masses of fine tannin and enough substance to evolve for decades. A blend of 85% Syrah, 5% Grenache, 3% Petite Sirah, 5% Roussanne and 2% Viognier that was fermented with 20% whole cluster and aged 22 months in 59% new French oak, it opens up beautifully in the glass and should be decanted if drinking anytime soon. Drink 2015-2030.

Five Shooter Grenache: A similar blend (75% Grenache, 16% Syrah, 2.5 % Mourvedre, 4.5% Roussanne and 2% Viognier) and also a brilliant bottle of wine, the 2010 Grenache Five Shooter spent 20 months in 75% used barrels, with the balance in concrete and new French oak. Seamless and elegant, with the house richness and texture, it gives up thrilling, floral-tinged aromas and flavors of red berry fruit, flower oil, spice, white pepper and licorice to go with a full-bodied, layered mouthfeel that keeps you coming back to the glass. While approachable now, it will have upwards of two decades of longevity. Drink 2015-2030.

Five Shooter Syrah: I have tasted the 2010 Syrah Five Shooter on numerous occasions, and it has never been anything less than stellar. A stunning, expressive bouquet melds into layers of dark fruit, black pepper, sage, menthol, minerals and spices, all supported by intense graphite and melted road tar undertones. The wine seems to gain intensity with time in the glass, leading to a huge, explosive, saline-infused finish. The 2010 Syrah Five Shooter is a stunner from Sine Qua Non. The blend is 85% Syrah, 5% Grenache, 5% Roussanne, 3% Petite Sirah and 2% Viognier, with a total of 20% whole clusters, that spent 22 months in French oak barrels, about 59% new.

Five Shooter Grenache: The 2010 Grenache Five Shooter has turned out even better than I had expected. An utterly vivid, compelling wine, the 2010 is supported by persistent notes of graphite-infused minerality that give the wine much of its energy. Seamless layers of blue/black fruit sit on that razor's edge of salinity in a Grenache loaded with class, finesse and pure refinement. A kaleidoscope of flavors hits the palate on a superb finish that is given an extra dimension of lift from the inclusion of 20% whole clusters. The blend is 75% Grenache, 16% Syrah, 2.5% Mourvedre, 4.5% Roussanne and 2% Viognier, aged mostly in neutral oak for about 20 months.