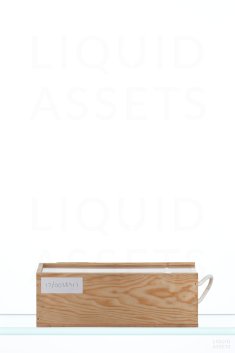 The 2012 Châteauneuf du Pape Sanctus Sanctorum is a singular wine and comes from a small plot of ancient Grenache vines that are located on the famed La Crau lieu-dit, on the eastern edge of the appellation, near Vieux Télégraphe. It offers an insane bouquet of cassis, kirsch and black raspberry intermixed with sweet licorice, toasted spice and ground pepper that’s to die for. This is followed by a massive, full-bodied, seamless wine that has building tannin, no hard edges and a finish that won’t quit. The only problem here is that it’s almost impossible to get your hands on a bottle (there are roughly 200 magnums to go around). It’s certainly in the same ballpark as the 2009 and 2010, and will have two decades of longevity, although it should be firing on all cylinders in 5-6 years.

Saturated ruby. Explosive aromas of red fruit preserves, sandalwood, potpourri and cola, with a strong spicy overtone. Offers palate-coating raspberry and cherry compote flavors and suggestions of vanilla, spicecake and floral pastilles. Reaches every corner of the palate, displaying superb clarity and a seamless texture. Finishes sweet, broad and long, with supple tannins and an echo of candied lavender.

The magical 2012 Châteauneuf-du-Pape Sanctus Sanctorum is released only in magnums and comes from a small plot of very old vines in the La Crau lieu-dit. Brought up in demi-muids and medium ruby colored (it’s always lighter colored than both the Combes des Fous and Deus Ex Machina releases), it has an incredible bouquet of sweet kirsch and blackberry fruits intermixed with huge amounts of garrigue, exotic spices and pepper. Full-bodied, beautifully concentrated, expansive and broad on the palate, with no hard edges, it’s a heavenly, singular expression of Grenache that every reader needs to taste at least once in their life! It’s still young and has another 15-20 years of life ahead of it.