2010 Next of Kyn No~4 Cumulus Vineyard Next of Kyn, Central Coast, California, USA 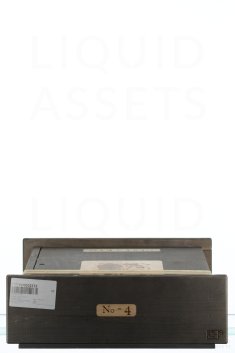 The 2010 Cumulus Vineyard #4 is an off-the-hook effort that showed even better than last year. Made from 44% Syrah, 32% Grenache, 12% Petite Sirah, 8% Mourvedre and 4% Touriga Nacional, it’s mostly destemmed (24% whole cluster) and aged 30 months in 30% new French oak. It boasts incredible aromatics of cassis, blackberry, white chocolate, flowers and spice-box to go with a full-bodied, incredibly pure, seamless and textured feel on the palate. Still a baby, this puppy has a long life ahead of it; give it another year or so and enjoy bottles through 2030.

With the 2010 Next of Kyn - No. 4 we shift into more recent vintages, none of which is truly ready to drink. Powerful, tightly wound and unyielding, the 2010 needs at least a few years in bottle before it is ready to show even the faintest glimpse of its true potential. Tasted on the second and third days after opening, the 2010 gradually started to show some of its true character, but readers should not plan on opening a bottle anytime soon.