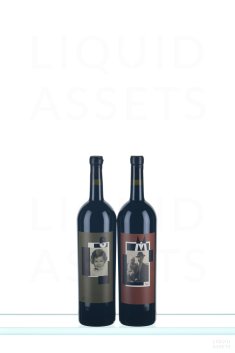 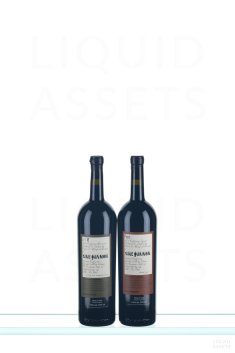 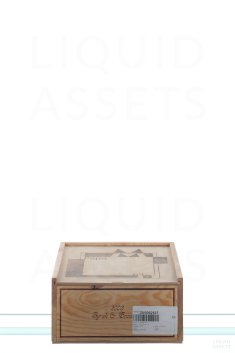 Papa Syrah: There are 860 cases of the 2003 Papa, a blend of 97% Syrah, 2% Mourvedre, and 1% Grenache sourced from six different vineyards. An old black and white photograph of Manfred Krankl’s father holding a baby with a head the size of a large watermelon (presumably Manfred) serves as the label for this wine, which has just about everything one could want in a great Syrah. It exhibits extraordinary power and richness along with large quantities of sexy, seductive cassis, black cherries, and a chocolaty undertone. Unctuously textured, rich, and full, it will provide amazing drinking over the next 10-15 years.

Li'l E Grenache: 2003 Little E: Named after Manfred Krankl’s wife, Elaine, this blend of 78% Grenache, 12% Mourvedre and 10% Syrah was one of the first cuvees from the estate’s 11 Confessions Vineyard in the Santa Rita Hills. The rest of the fruit came from the Alban, Alta Mesa and Bien Nacido sites. Aged primarily in 300-liter hogsheads, this wine performed brilliantly in the tastings, starting a succession of prodigious Grenaches to emerge from Sine Qua Non. Fabulous fruit intensity, with loads of black cherry, black currant, licorice, incense, and some smoke are followed by a wine with good acidity, velvety yet moderate tannins, and a wonderfully layered, multi-dimensional mouthfeel. This wine is drinking great already, but is still a young wine, from an evolutionary standpoint a mere adolescent, and has at least another decade of sumptuous consumption ahead of it.

Papa Syrah: Bright medium ruby. Minty, high-pitched aromas of black fruits, violet and licorice. Primary and penetrating in the mouth, with powerful acidity giving a somewhat clenched character to the vibrant flavors of crushed berries, flint and minerals. Very lively and very long on the aftertaste. I'd expect this extremely backward wine to rate a score in the mid-90s eight or ten years down the road.

Li'l E Grenache: Red-ruby. Very fresh aromas of dark cherry and nutty oak. A sweet, vibrant fruit bomb of a grenache with superb clarity of dark berry flavors and brilliant framing acidity. With aeration, this builds impressively on the back end, with the fruit flavors turning redder and more classically grenache. Impressively ripe and long, with tannins buried in fruit.